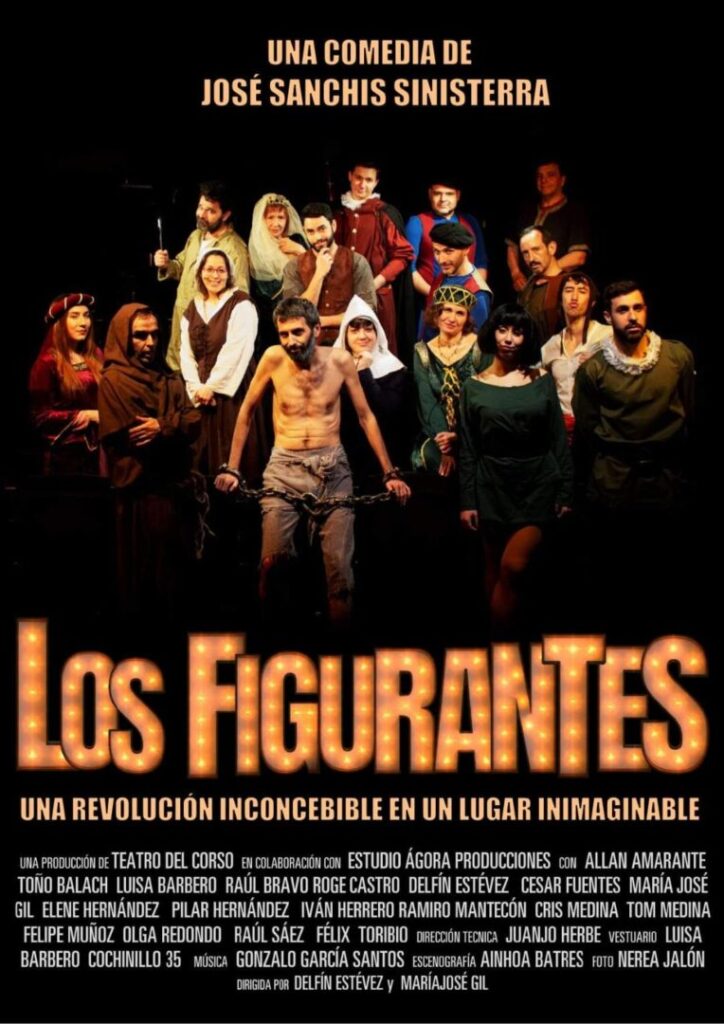 Posted at 15 April, 2022 by Gonzalo in Scenic
The company Teatro del Corso, directed by Delfín Estévez and Maria José Gil, performed on 8 and 9 April the choral comedy by José Sanchis Sinisterra, Los Figurantes. As in the previous performance in 2018, they counted on the musical...
Read more

Graduated in Classical Philology and later obtained the Superior Title of Professor of Harmony, Counterpoint, Composition and Orchestration at the Royal Conservatory of Madrid, where I received the teaching of Antón García Abril, Luis de Pablo, and Emilio Rey among others.

Training in Musical Pedagogy, Singing and Choir Conducting, Music for Dance, Music for Cinema at the Fundación Autor, Electroacoustic Music and Sound at the Gabinete del Conservatorio de Cuenca, where I premiere and publish experimental and avant-garde works on CD.

This website uses cookies to improve your experience while you navigate through the website. Out of these, the cookies that are categorized as necessary are stored on your browser as they are essential for the working of basic functionalities of the website. We also use third-party cookies that help us analyze and understand how you use this website. These cookies will be stored in your browser only with your consent. You also have the option to opt-out of these cookies. But opting out of some of these cookies may affect your browsing experience.
SAVE & ACCEPT
Posting....